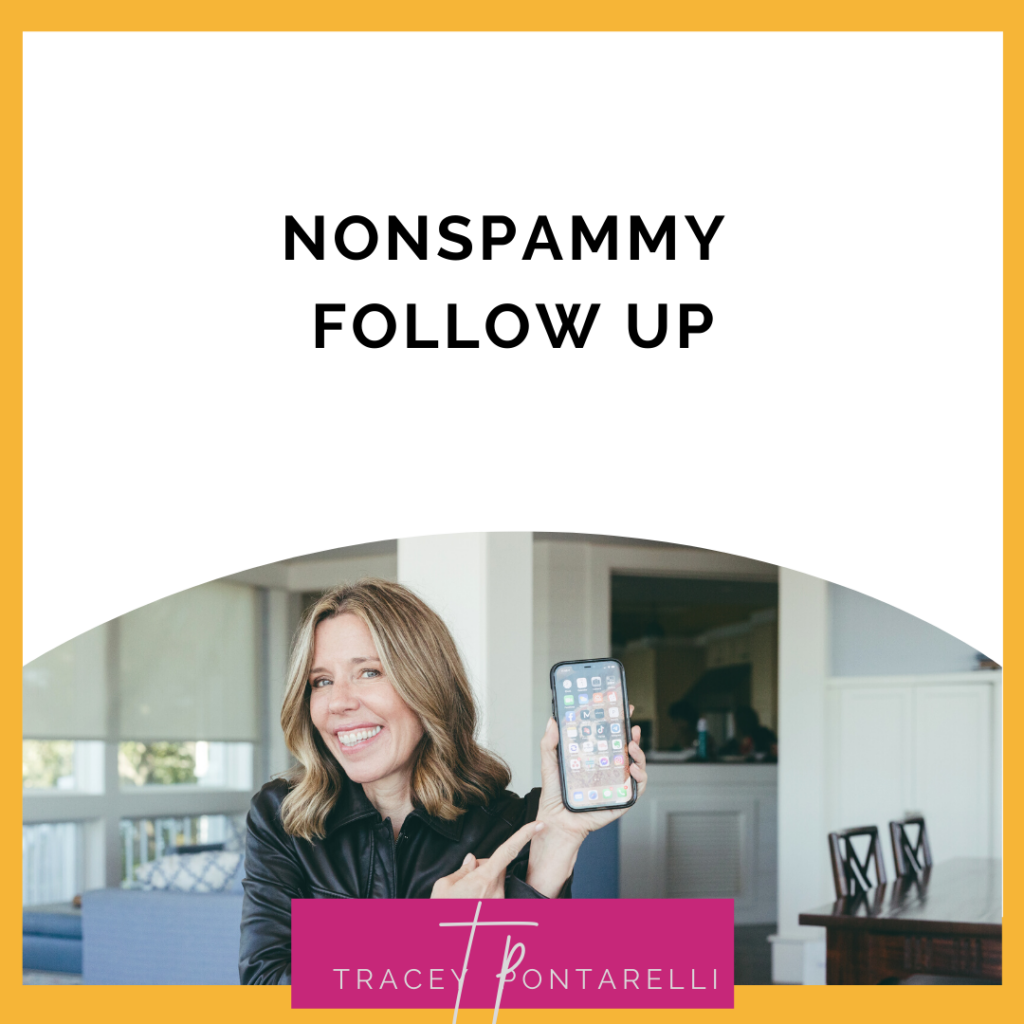 Do you want to learn how NOT to be spammy?

One of the things that holds up people in network marketing/ social selling/ coaching, is not wanting to “bug” people.

Today, I’m bringing some experience to you not just as a successful retailer in the network marketing/ social selling space, but also as somebody who spent a lot of time in public relations.

Anyone who’s done client work knows that when a client is paying you, you will do what you need to do to get the results you need. As entrepreneurs, sometimes we don’t treat ourselves with that same level of accountability as we would if we were hired by somebody else. So, let’s pay ourselves, shall we?

Most people need several exposures before they decide to buy anything. It’s very rare that the person who first sees something will be immediately ready to buy it. If it’s a low-level purchase, typically the customer has been exposed to the concept of the product several times, they’ve gotten educated, they’ve gone through the thought process.

Here’s the range of purchase behaviors: Let’s say on the left-hand side, you’ve got people that are ready to purchase immediately; and on the right-hand side, you’ve got people who would never purchase; the majority of people are sitting somewhere in between those two ends. It’s your job to give them enough information so that they can make a decision.

I know this is hard to do for social sellers but think of it in terms of a retailer. Let’s say you visit Target online, you put some things in your cart and you leave. Target then sends you an email saying you left something in your cart and you ignore it. Is Target going to stop reaching out to you? No. So, start thinking about yourself as a business owner. Think that it’s your job to follow up. Your job is to help people get enough information to make a decision. And whatever decision they make, you’re going to be okay.

My Six Tips for Following Up Without Being Spammy

Here are six of my top tips for following up without being spammy:

1. Acknowledge that you’re reaching out again. If you put the awkwardness in front and kind of joke about it, it takes the awkwardness away. When I followed up with someone many times I will say something like: “Hey, listen, I know I brought this up several times, but (I give them some kind of an update) our company’s having a promo on a product you’ve mentioned that you’re interested in before, and friends don’t let friends miss out on a sale. So, I’m just circling back to see if now’s a better time.”

2. Use your voice. I love leaving voice messages for people. The intonation of our voices comes across so differently compared to text.  Having that sincere quality to your voice is going to make a huge difference and it doesn’t sound spammy when you’re saying it.

3. Use humor. Keep the mood light by using humor.  I like to say: ”Hi, it’s me again. I hope I’m not being a pest. I certainly don’t mean to be a pest.” or something of that nature.

4. Be sincere and be human. Act like a person. I know this sounds silly, but when you don’t sound like your authentic self, you sound spammy. Think about why you’re reaching out to that person and really try to build that human connection. Check on people’s social media feeds, take a look at the pictures. explain why you thought of them.

5. Give updates. There’s always an update to be given. Sometimes you might need to be a little creative in your updates, particularly if you’re working with a company that doesn’t provide a lot of sales or offers, but let’s just start with the easy ones. When your company has a promotion, that is an opportunity to update anyone who has raised their hand before and said that they were interested in your products. Seasonal is a great update: summer. back to school, holidays. Also, a great update is any type of customer success story that you want to share. In my company, we have an amazing Facebook group that has people posting their results all of the time. If I want an update, I can just go in, I can see someone who has had a great result and say: “Hey, listen, I know you were interested in these products before and I just saw this post from Tammy with her great results and I thought of you and wanted to pass them along. Let me know if now’s a better time or if you’d like to take a pass for now.” The “pass for now” is giving them what I like to call an exit ramp. It gives them a pass but it also allows you to ask them again.

6. Stay consistent. Consistency compounds. Find a way to put your prospects on some type of CRM (customer relationship management) system of your own where you can regularly follow up with them and check in. Sometimes about the opportunity to purchase products, sometimes just about life. This also means you are being consistent on social media. We’re talking about social selling, so being consistent on social media means you are regularly in front of the people that are interested in purchasing your products and services.

Hopefully, this has sparked some curiosity in you and if you have any questions, please feel free to get in touch with me.

In the meantime, remember, you are magnetic and people are waiting to hear what you have to say. 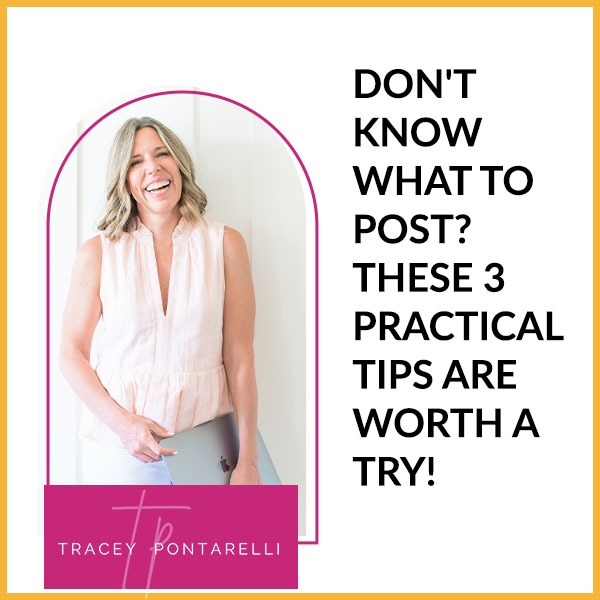 Don’t Know What To Post? These 3 Practical Tips Are Worth A Try! 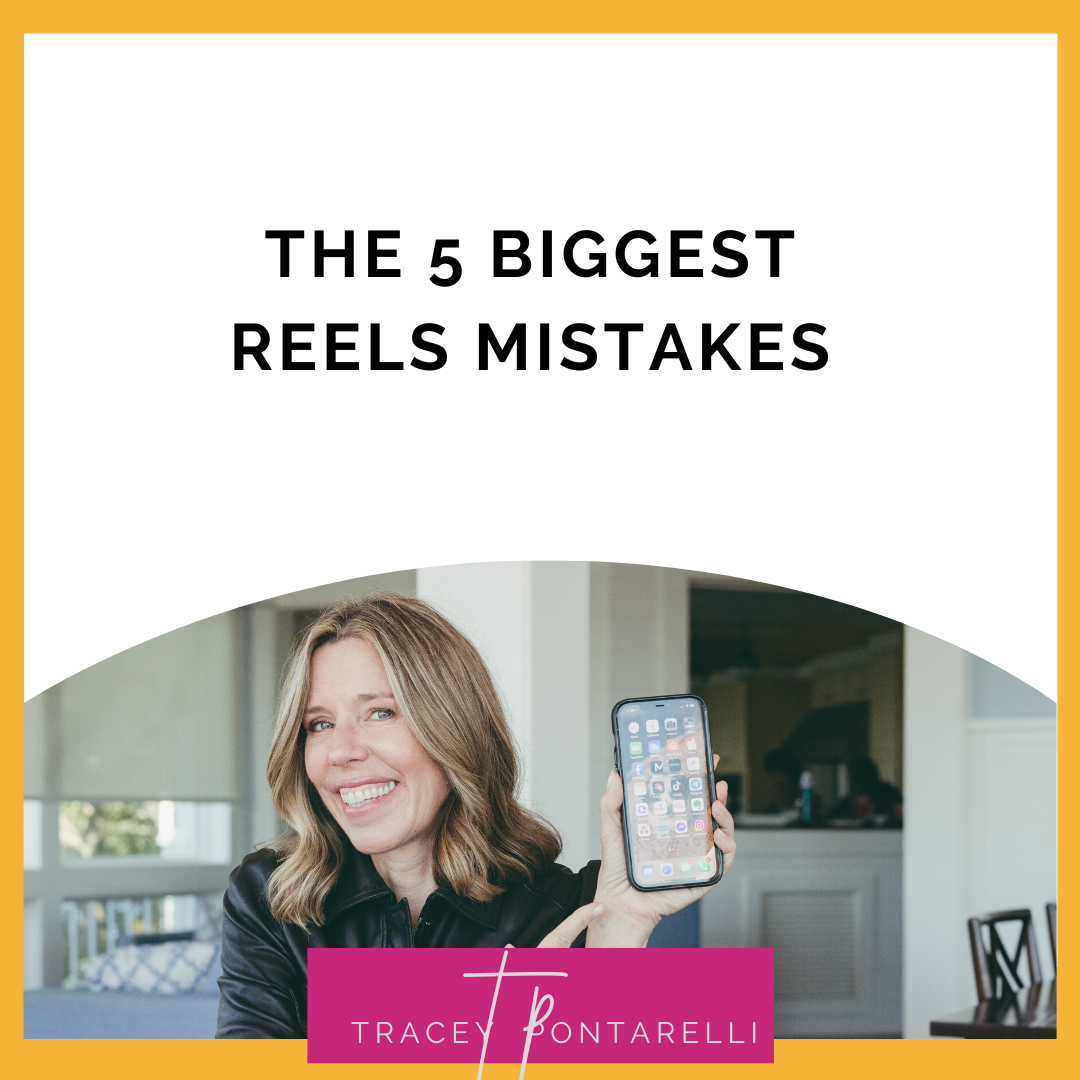 The 5 Biggest Reels Mistakes I See 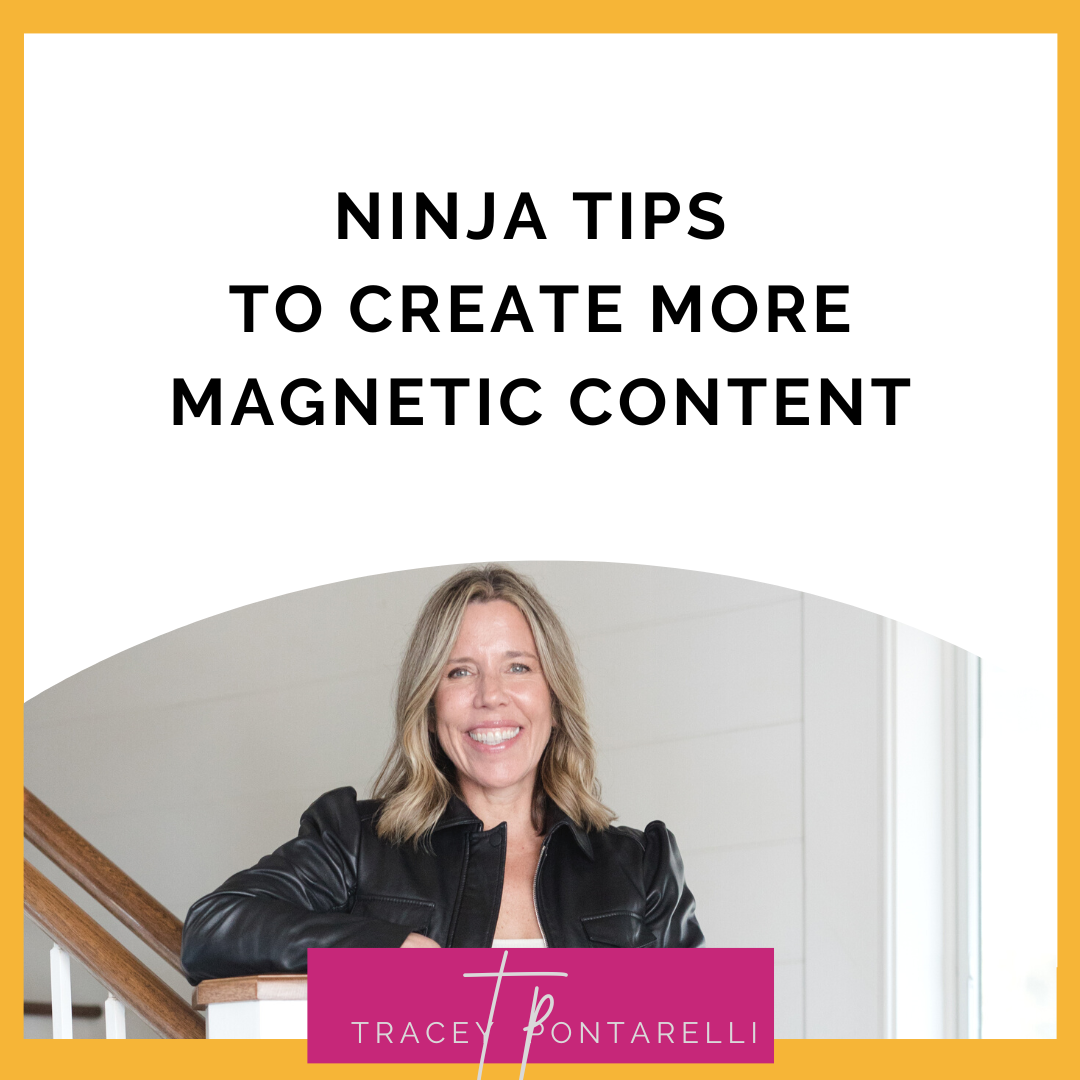